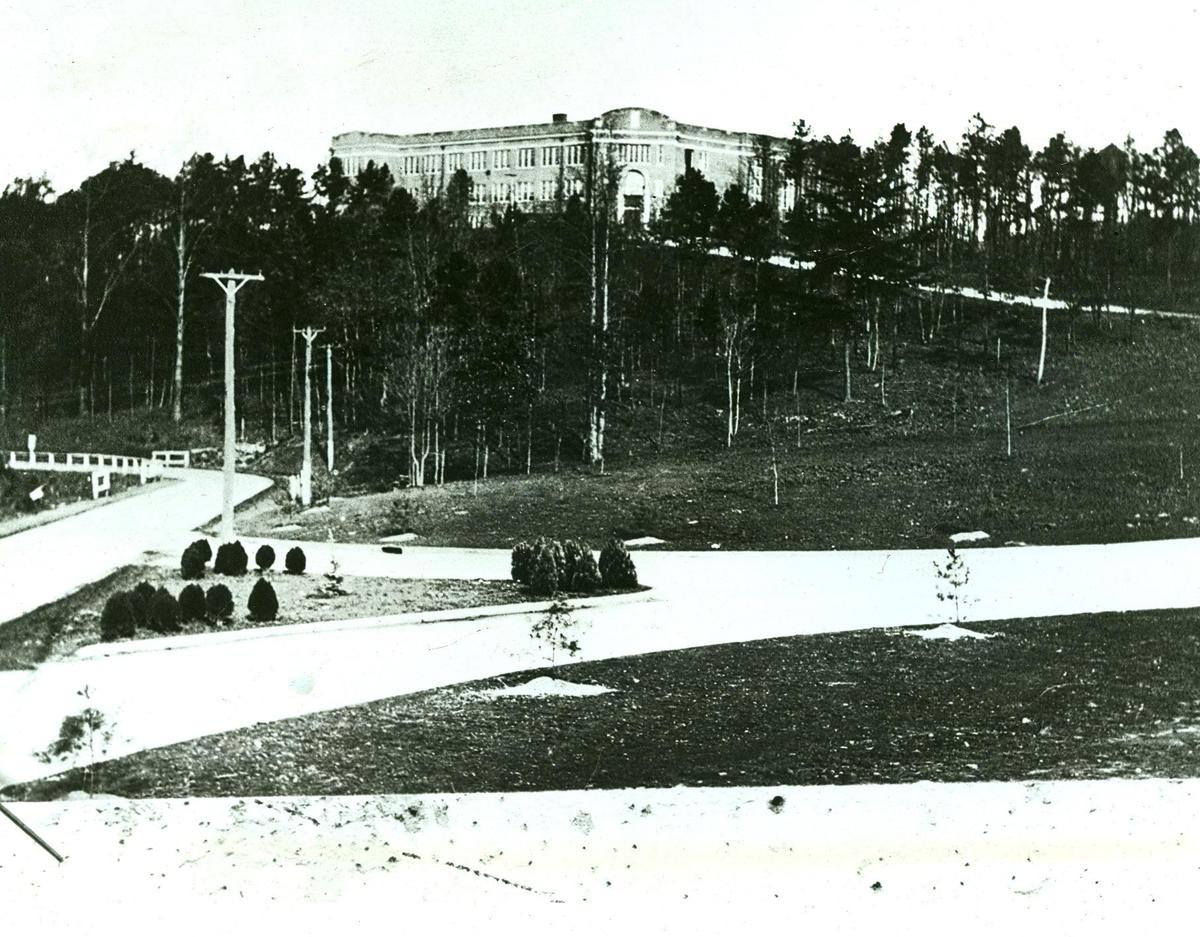 Rutherfordton-Spindale Central High School opened its doors September 18, 1925. Built on a 24-acre tract of land, R-S Central was located on the highest point between the three towns of Ruth, Rutherfordton, and Spindale. A massive 50,746 square foot,  three-story structure dominated the skyline. Because of the location, the school mascot would soon become known as the “Hilltopper.”

An architectural company by the name of White, Streeter, and Chamberlain of Gastonia agreed and signed a contract to construct the building (Lattimore pg. 5). The school had a full electrical system and indoor plumbing with hot and cold running water.  In 1925 all of these features were a luxury. Telephones were installed on all three floors, and the cafeteria had full refrigeration and freezer capabilities. Every possible amenity was included in the building. “The school was a pioneer in library service with a collection of 3,000 titles, and music education was greatly improved with the purchase of not one, but two grand pianos.” The design and furnishings of the new school building won the praise of the North Carolina State Board of Education (Lattimore pg. 7). 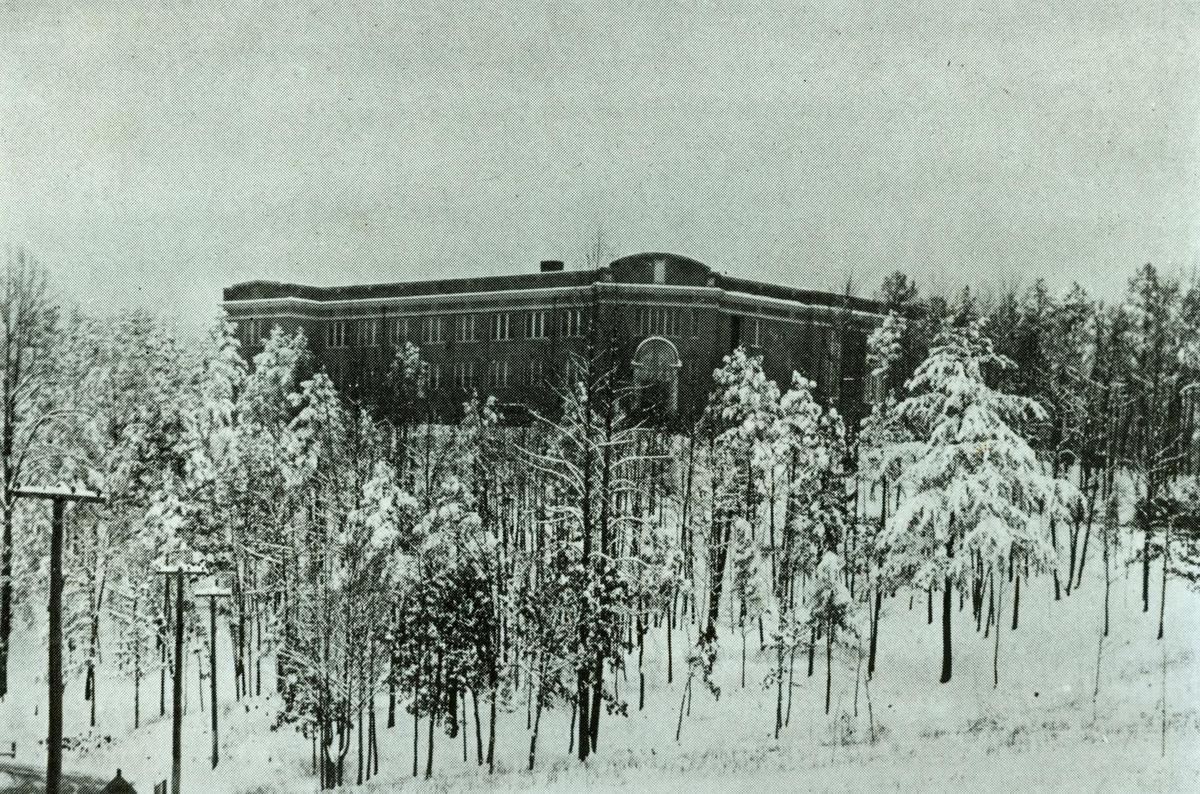 On the morning of April 14, 1938, disaster struck the massive building. A fire of unknown cause completely destroyed the building. The total damage of the fire was an estimated cost of $65,000. The fire was discovered by students reporting to school. On Tuesday, April 26, the Rutherford County School Board of Education made the decision that the school would be reconstructed at a cost of $54,000. An additional vocational building would be built along side the newly constructed high school. The new building was built practically fireproof, with a new steam heating plant in place of the warm air system. The new vocational building would have eight classrooms and would be constructed of brick. Heat for this building would be furnished from the same heat plant, which would be fifty feet away.

The building on the “Hilltop” retired from its term of service to the community in the spring of 1992. The new school was built on a site of considerably lower elevation, yet the building is still the most visible structure in the area. Equipped with the most current technology, the building is completely adequate for the number of students it houses. Each department is specifically designed for the subject taught and is located on a specific floor and area of the building. The building has three wings with two floors and an additional free-standing vocational building, just as the original facility had. 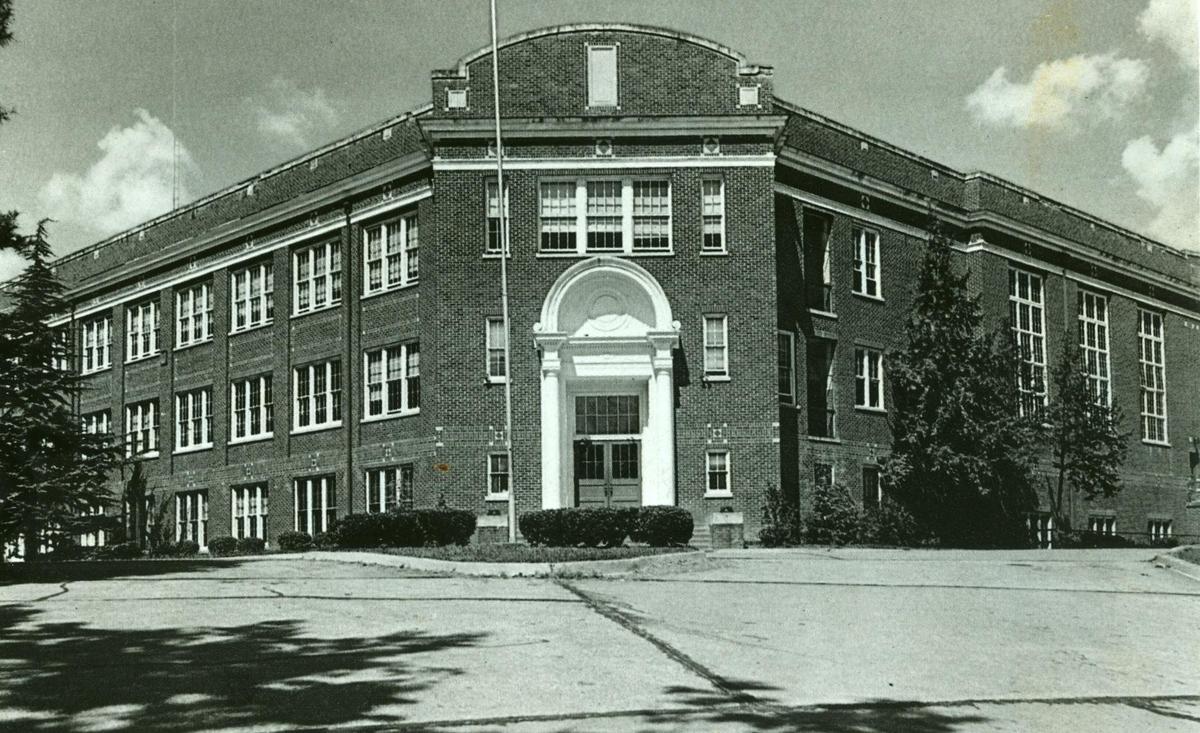 Rutherfordton-Spindale Central High School is an extraordinary school that has overcome many diversities in its long and jubilant past. R-S Central is a school full of positive energy. All individuals who have been a part of this amazing environment can proudly go forth into the community and refer to themselves as a “Hilltopper.”

In 1926, a woman by the name of Blanche Dellinger, an English teacher of the original faculty, wrote a song that clarified the feelings of those who attended the school towards the beloved environment. Other school traditions were also instituted in the school song. The words read:


Earnest in her aim to serve the youth,
Showing us the right,
Pointing us to truth,
Central High helps prepare us for life,
Even for the thickest of the strife.
Trained in body, mind and spirit here,
Reaching toward the best,
Toward a purpose clear,
Let us sing the praises
of this High School, dear:
Weʼre singing to you dear old C.H.S.

We love you Central High School
love your colors white and blue
We will cherish all your fine ideals
and be loyal, strong and true.
“Esse quam videri”
Be our motto as we try,
To uphold your name, and
to bring great fame-- to you
Dear old Central High.

Original black and white images are located in the front showcase at R-S Central High School.

History was contributed by a member of the R-S Central Senior Class of 2012 as a product of his Senior Project.